Approximately 150 guests were present at “Constantin Brâncoveanu” Awards that took place in the United Kingdom of Great Britain. The Gala, organized by Alexandrion Foundation with the support of the Romanian Embassy in London, at the headquarters of the Romanian Cultural Institute in the Capital of Great Britain, was dedicated to the success of Romanians settled in the United Kingdom.

Five of the Romanians who represent our country with pride abroad were rewarded for the successes and the work carried out by each of them in their fields of activity.

The Special Award of Alexandrion Foundation

A special award of the Foundation was granted to Vladimir Jurowski for his services to Romanian culture. Since 2017, Vladimir Jurowski has been the artistic director of George Enescu Festival, one of the largest classical music events in Europe.

” For 4 years we have established “Constantin Brâncoveanu” Awards – in honour of the Romanian culture, awards meant to reward the great cultural and scientific performances of the elites in this country in Eastern Europe. Brâncoveanu Awards are so popular in our country that some have compared them to famous international awards. (…) But the Romanians are not only in their own country. They form important communities in many European countries and even across the ocean, in the US and Canada. The academics and professors in the “Constantin Brâncoveanu” Awards jury have proposed to us to extend the area of our awards also to the Romanians performing abroad, integrated into the respective societies and cultures. Some of them are even heads and respected personalities in the countries they live in. This fact determined us to go out of Romania, to honour our victorious and performant compatriots through the wide world. Today, we have stopped at the Romanian citizens of the United Kingdom of Great Britain. We bring them our appreciation. At the same time, we want the “Constantin Brâncoveanu” awards to honour also the European spirit, open to Romania, of some British citizens close to our country and appreciated in Romania”, said Nawaf Salameh, president of Alexandrion Foundation.

The president of the jury of these awards was the academician Dan Berindei, Vice-President Univ. Prof. Andrei Marga. Part of the jury were: Prof. univ. dr. Grigore Constantinescu, Ștefan Râmniceanu – artist plastic, Academy Award and Brâncoveanu awards winner and Dumitru Constantin – secretary of the Jury. According to “Constantin Brâncoveanu” Awards Gala, each laureate received a special distinction and a bronze piece of art of the reputed sculptor Ion Bolborea. 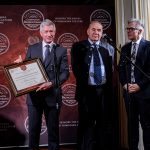 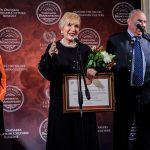 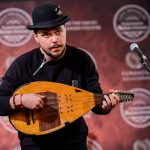 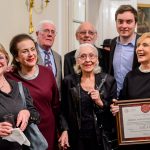 The laureates of “Constantin Brâncoveanu” Gala held in London, 2017, are:

Jury description: Genuine world belcanto superstar, soprano with an impressive repertoire, who sang the most famous operas of the world, working with great conductors, the most prestigious stage directors and brilliant singers of the lyric scene, currently one of the most important Romanian community leaders from United Kingdom.

Jury description: Violinist, “an incurable virtuoso with fabulous soul and technique” (British magazine “The Strand”), the youngest violin professor of the Royal Academy of Music in London. He created the Enescu Society in the British capital to pay homage to “the most valuable Romanian cultural product”.

Jury description: Parish priest of the Romanian Church, dedicated to Saint George, in London, Father Constantine Popescu is an exceptional exponent of the Orthodox faith, a confessor of great nobility and a tireless promoter of the Romanian customs within the Diaspora, a solid binder of parishioners with the Church and Romanian traditions.

The London Gala comes as a natural continuation of the already four editions of “Constantin Brâncoveanu” Awards held in Bucharest. Alexandrion Foundation plans to organize similar events in New York and Berlin.